I can’t tell you how thrilled I was to independently send my wife a text for the first time. 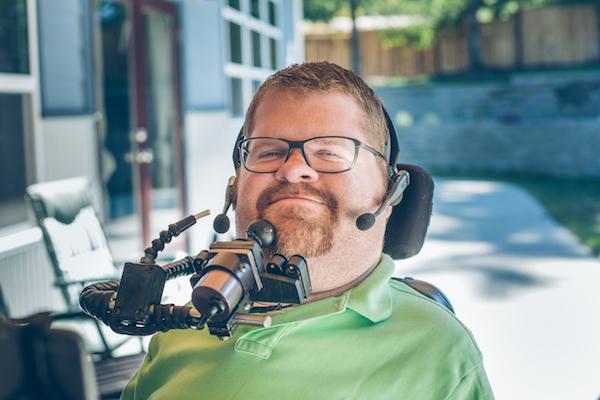 Meet Todd Stabelfeldt. He’s been using Tecla since February 2014. We asked Todd to share with us his thoughts since introducing Tecla to his everyday life. Tecla Seattle

For the first 26 years of my life as a quad, I couldn’t take full advantage of texting or email. I couldn’t scroll through a list of messages and click on the one that I wanted. I couldn’t search through texts to find the one I needed to respond to. I had to rely on someone else to do all of those things for me.

Then Apple introduced Switch Control in iOS 7 for the iPhone in 2013.

When Apple wanted to create solutions for people with disabilities, they began thinking about functionality — allowing switches (or, more simply, buttons) to manipulate the iOS interface. Switches are physical devices that let you control actions.

Examples of a physical switch include Micro Lights or Buddy Buttons. They can be coupled with a Bluetooth interface like the Tecla by Komodo Labs. Most joysticks, sip-and-puff and head array drive controls for our wheelchairs can also act as switches. Drive control can actually function as multiple switches, with each drive direction (forward, backward, etc.) serving as a switch, which minimizes additional hardware and potential points of failure.

I drive my chair with a chin-control joystick. I can use that same joystick to navigate my iOS device via Switch Control, or I can use the four physical switches connected to my Tecla. Personally, I like redundancy and the ability to use either system. 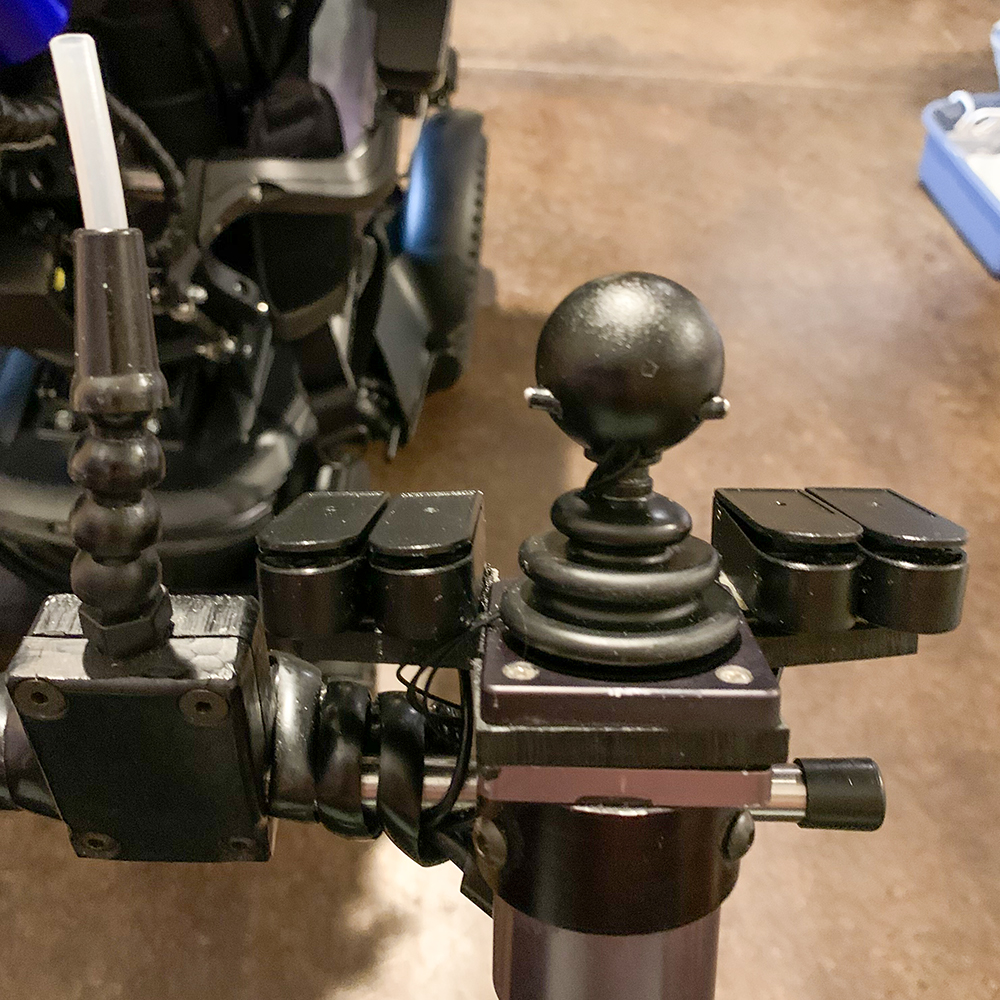 On the left is a water straw for drinking fluids, and next to it are two Micro Light switches. The first switch is dedicated to “Siri” through iOS Switch Control. The second one connects directly to Permobil and also controls the wheelchair’s tilting function. The third switch, hanging out of the gimbal ball, is in charge of the wheelchair’s mode function. The fourth uses Switch Control to engage “move next.” The fifth and sixth are also for Switch Control: The first is assigned to “select” and the other to “move previous.”

Once the connection is made between the switch and your device, you can use Switch Control to program specific actions to carry out common iOS control functions, like highlight, select, drag or tap. Now that I can complete those common tasks via Switch Control, I have a new world of functionality at the tip of my tongue. I can even use Switch Control to work my laptop, iPad and Apple TV.

As a tech geek, when I got a whiff of Switch Control functionality, I became excited. I started watching YouTube videos and exploring Switch Control with some people I knew. My wife and I purchased an iPhone, a Tecla and some additional switches. Then, we just had to figure out how to make it all work together. There was hardly a roadmap or any documentation back then, just a lot of grit and late nights.

Since I began using the new devices, there’s been a quantum leap in my level of tech independence. I can’t tell you how thrilled I was to independently send my wife a text for the first time. There I was, fully controlling my smartphone like a grown man. The potential ripples from this blew my mind. On one hand, I can be on a ferry boat and use my phone to play music or read a book, as opposed to just sitting there. On the other hand, Switch Control creates options for employment and increases independence — something everybody craves, regardless of disability.

After discovering this new world of independence, I applied for and received a grant through a nonprofit to spread the word and install these tools for other disabled folks. I took the information to the Quad Squad, a group of quadriplegics here in the Pacific Northwest with whom I meet to hang and discuss issues important to us.

Initially, after hearing about the benefits of these tools, only one person volunteered to give them a try. Change can be hard, and when navigating a world that’s often not designed for those like us, we cling to what we know. Stepping outside of that might lead to failure or a sense of vulnerability, which only amplifies our disability. Over time, after multiple meetings and continued exposure to what Switch Control could do, others started using it.

You need to find the right mobility solutions that work for you. The machine that so often works against us, grinds on. Those of us with disabilities need to grab every tool at our disposal to keep it from robbing us of more independence, more opportunities and more dignity.