A trio of researchers at Ottawa Hospital Research Institute has conducted a review of the ways that periodic activation of satellite cells through exercise can lessen senescence acquisition and myogenic decline. 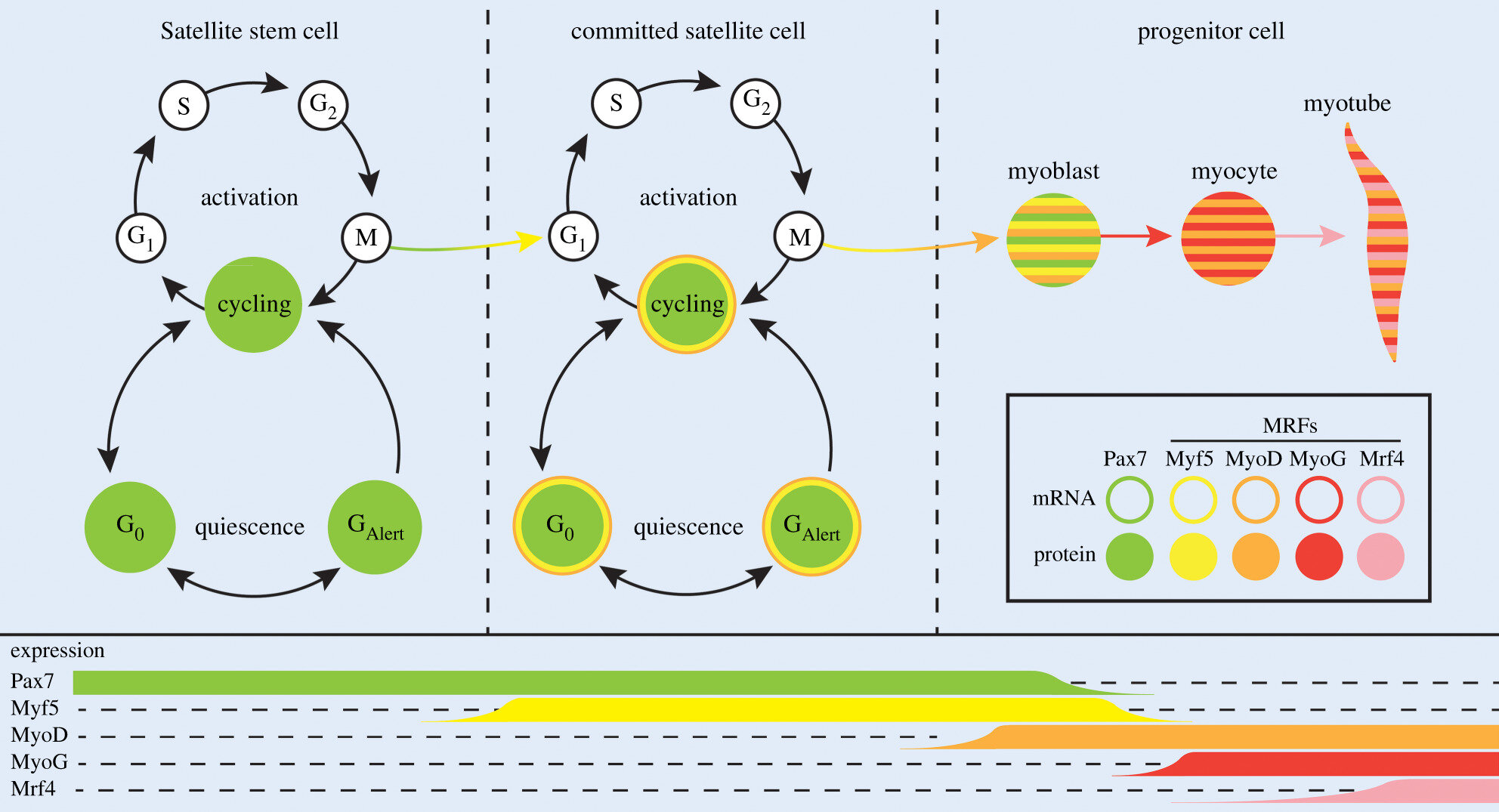 In their paper published in the journal Open Biology, William Chen, David Datzkiw and Michael Rudnick describe their review and what they learned about the benefits of exercise on skeletal muscle as people age.

The researchers begin their review by noting that people who keep their skeletal muscles toned tend to live longer, healthier lives. They also note that prior research has shown that skeletal muscle decline begins when people age into their 30s—but they also point out that muscles can be rejuvenated through healthy satellite cells. Thus, maintaining healthy muscles requires proper maintenance of satellite cells.

Satellite cells are a type of stem cell that, when they divide, produce either new satellite cells or myoblasts, which grow to become muscle cells. They can also go into a state of dormancy if the body deems them unnecessary due to a sedentary lifestyle. The researchers found that satellite cells are activated through various signaling pathways as a response to exercise. But if they remain in a dormant state for too long, they can become damaged as they fill with cellular trash. In their dormant state, they still produce such trash, but because they are dormant, they cannot expel it as most cells normally do. They also found that satellite cells can become “stuck” in dormancy, through disuse, leaving them permanently unable to divide. They suggest that keeping dormant satellite cells healthy requires regular activation.

The researchers conclude that people need to activate their muscles on a regular basis once they reach age 30, or face the possibility of losing the ability to regenerate muscle mass as they age. They also acknowledge that even with regular exercise, people will experience age-related skeletal muscle defects and will experience some loss in satellite cell viability—making regular exercise all the more important for people as they grow older. They also note that there are still gaps in understanding how satellite cell replacement works and suggest that more research is required.

Dodgy treatment: it’s not us, it’s the other lot, say the experts. So who ...
DIY tools TalkBox and SenseBox help people with disabilities to communicat...
Disabled researcher calls for better support for faculty
Part 2 - Managing knee osteoarthritis: Self-help and non-pharmacological i...
Insoles or braces show best pain relief for knee OA
Keep Moving to Stay a Step Ahead of Arthritis