After 20 years of pain and icing her knee nightly, Sue Minutaglio of Westchester NY, knew she couldn’t put off a knee replacement any longer. What she didn’t know was what a long, grueling road was ahead of her.

“After 2 months, I was still swollen, aching, and on painkillers and thinking, Why was this a good idea again?” says Minutaglio, who had her first knee replacement in January 2014 and her second knee done in January 2015. “No one said it would take 6 months to feel a little better and a year to fully regain my strength.” 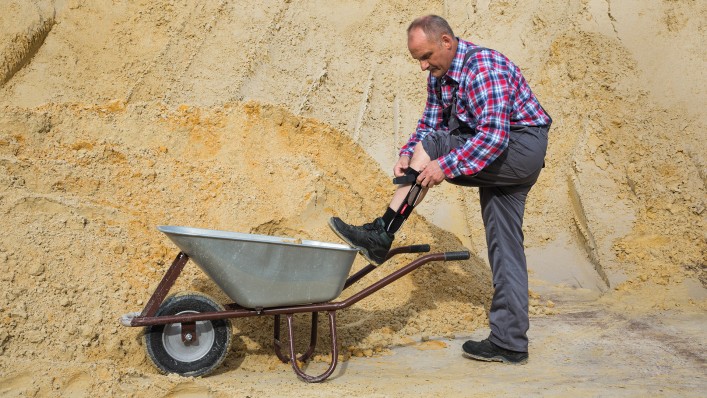 “There’s a generation of people who have been doing high-intensity exercise their whole lives,” says Claudette Lajam, assistant professor of orthopedic surgery at NYU Langone Hospital for Joint Diseases. “I’m now seeing arthritis in people in their 40s.” Obesity can also beat up the joints, and [North] Americans are only getting heavier.

In knee replacement surgery, surgeons cut away damaged bone, cartilage, and a ligament or two and add an artificial joint made of metal and plastic. For people who’ve suffered years of pain and limited mobility — not being able to climb stairs or bend down to tie their shoes — a brand-new knee can be life-changing. “People come in crippled; they can’t even go from the waiting room to the operating room unassisted,” Lajam says, “and then they walk out of the hospital two days later. It’s amazing.”

Here’s what you need to know that’s not in the brochure.

A study published last year by researchers from Virginia Commonwealth University in Richmond questioned the value of knee replacement for some of the people rushing to get it. After analyzing data from a large study of men and women who had the operation, the researchers found that fully one-third of them were not actually good candidates for the surgery, which is why they got only a very modest benefit — a 2-point improvement on a common measure of knee function, compared with a 20-point improvement for people who started out with really bad knees.

“Pain that doesn’t go away and moderate to severe arthritis are necessary for a knee replacement to do its job,” Lajam says. “If you have the surgery, but it’s actually a problem of nerve pain, hip pain, or circulation, it’s not going to help you.” The advice here is not to wait until your knees are completely destroyed before seeking surgery, but to make sure that you’ve tried other measures first (namely, physical therapy to strengthen the joint) and that you meet both criteria — consistent pain and advanced arthritis. (Learn how to solve your chronic pain with Total Recovery by Dr. Gary Kaplan).

Fortunately, there are new pain management strategies to dial down the misery. Surgeons have begun placing a mixture of pain medicines inside the soft tissue around the knee before sealing the new joint into place. “The first 2 days are the worst, but the level of pain is so much better than it was even 5 years ago,” Lajam says. Request this strategy specifically to significantly minimize postop pain. Expect to see your knee swell up to the size of a grapefruit and for swelling and bruising to last 3 months or more. “I expected it to be bad, and it was bad — but I didn’t expect how long it would really take to regain my strength,” Minutaglio says. “The most surprising thing for me is that after 6 weeks you’re supposed to have a lot of range of motion and I didn’t. I was like, Whoa, I’m not healing as fast as I could be.”

Here’s what recovery looks like: “For the first 3 to 4 weeks after surgery, it’s like a full-time job,” Fay says. “You’re icing your knee every hour, taking your pain meds every 4 to 6 hours, and doing your exercises 3 times a day for a half-hour to an hour.” And you’ll be keeping up the physical therapy anywhere from 8 to 16 weeks.

Ultimately, your recovery rate will depend on how bad your disability was to start. Lajam says that people who are active and in robust health may go back to work 3 weeks after surgery; more like 6 weeks if they came from a sedentary job; and usually 3 months if they started out in bad shape or they have a physically demanding job. You certainly won’t get behind the wheel for at least 6 weeks if you had surgery on your right leg. For most people, Fay adds, it’s a year before you’ll say, “I’m 100% glad I did the surgery.”

The Real Value of Rest

Fay, who has worked with postop knee replacement patients for more than 15 years, believes that the rehab protocol is unnecessarily aggressive. He says that the practice of getting people up and walking a lot during the initial weeks can cause significant pain and swelling that impedes recovery. “By the time people come to my center 2 weeks postop, they’re really inflamed,” he says. He prefers to work on gentle range of motion and control the swelling with icing instead of getting patients walking right away. “My patients get off pain medications faster, and they feel better,” he says.

Minutaglio found her physical therapy excruciating. “I’m a quiet person — I don’t moan and groan, but I know I was making some pretty crazy faces,” she says. “That’s the worst part: when you’re sore and they really push you.” Talk to your physical therapist about starting with gentle stretching and your concern about keeping the swelling down as much as possible.

“It’s the No. 1 thing I rave about,” Minutaglio says about the carry-on luggage-size icing machine that she rented for about $100 a month. The postop cooling device keeps ice cold for hours and applies gentle compression with its flexible, wrap-around bag. “It really made a huge difference in keeping the swelling down.”

Rent an Cold Rush® Cold Therapy unit or a similar device here and other cooling compression systems on dme-direct.com, a US distributor of orthopedic products. While you’re icing, be sure to keep your knee straight and elevated.

You’ll likely get morphine while you’re in the hospital and then spend another 4 to 8 weeks or more on a prescription pain medication, usually an opioid like Percocet. “We try to minimize narcotics because they’re addictive and they can make people feel depressed or constipated,” Lajam says.

Minutaglio had to switch medications twice after the first drug made her nauseated and the second drug gave her psychotic symptoms. “I was hallucinating,” she says. “It was really weird.” While Minutaglio was able to wean herself off the medications over time, it’s not always easy. As many as one-fourth of people prescribed opioid painkillers get hooked, according to a study published in Mayo Clinic Proceedings in July.

One major downside to long-term opioid use: It can actually make you more sensitive to pain over time, the same researchers found in a separate study. Once the knee is finally fixed and aligned, it can take time for your feet and ankles to adjust. “Someone who’s been bowlegged or knock-kneed for a while can get a flat foot, because any deformity of the knee will make you walk differently,” Lajam says. Once your knee is righted, you’ll be striking the ground in a new way. Expect 6 months of “weirdness in the feet,” Lajam cautions. It’s a good idea to invest in new shoes — or at least arch supports — to accommodate your new alignment.

Lajam tells her patients, “I’m not the fountain of youth, I’m the fountain of middle age.” The No. 1 goal of knee replacement, after all, is to relieve pain and restore function. It’s not designed to improve your marathoning. “Running for exercise is generally not recommended because the bearing is not made for that kind of stress,” she says.

However, you can still walk as briskly as you like, she says, and you’ve got a green light for swimming, dancing, cycling, doubles tennis, and even skiing, though perhaps not on the black diamond slope. “You can still run for the bus, but don’t join a soccer team,” Lajam says. The risk is that you’ll wear out the joint faster or loosen the prosthesis, which is a major complication. People who strengthen the muscles around their knees have a faster, easier recovery than those who are weaker going into the surgery. “If you reinforce the connections, especially of your inside quad muscle, it will be easier for them to reconnect,” Lajam says.

For the months or weeks leading up to your operation, try to get on a bicycle or work with a physical therapist to build your strength and expand your range of motion as much as possible. “In a perfect world, I would love to see you a couple of months in advance,” Fay says. “Then you’re comfortable with the exercises, you know what you’re supposed to feel, and the recovery goes more smoothly.”