On June 22, accessibility advocate Ian Mackay blew his way to a new world record for distance wheeled in 24 hours by mouth-controlled power wheelchair. 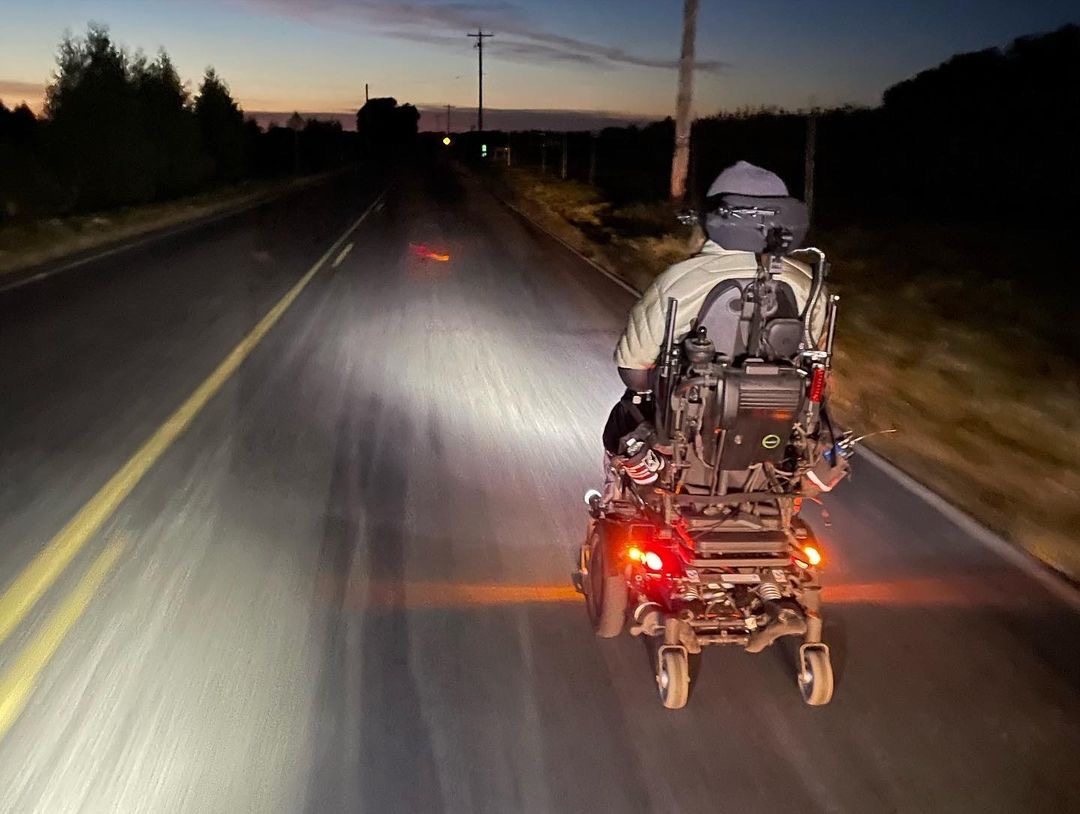 Mackay, a C3 quadriplegic who lives in Port Angeles, Washington, broke the old record of 173.98 miles by driving 184.4 miles in just under 24 hours.

To accomplish the feat, Mackay averaged over 8.6 mph in his Invacare SP2, covering more than 14 laps around a 13-mile paved loop on Sauvie Island, just north of Portland, Oregon. He started at 8 p.m. on the longest day of the year and crossed the finish line the next evening to a warm welcome from a small crowd of family, friends, media and supporters.

Mackay says he was motivated to attempt the record primarily for the challenge of it. “The most rewarding things in the world are often difficult. So often, as people with disabilities, we focus on what we can’t do. I have thrived by pushing that envelope and trying to see what else is possible out there,” he says. 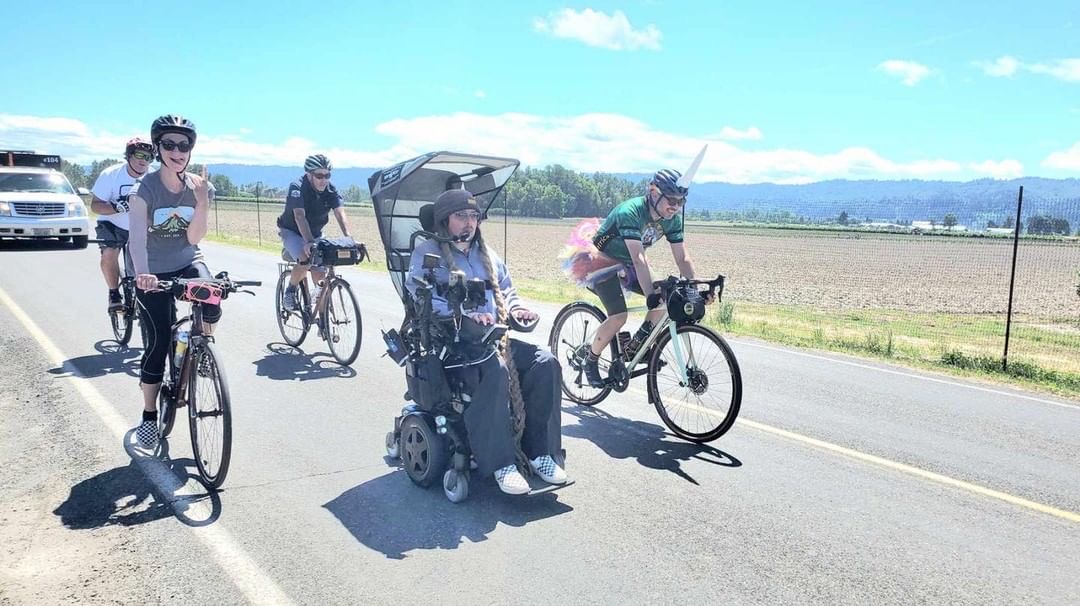 Ian Mackay had a full support team throughout his record attempt. New Mobility

The record attempt took months of planning and a team of dedicated volunteers. Mackay has done several other long-distance rides to raise awareness about the need for accessible outdoor recreation but nothing so demanding in such a short time frame. For safety and support, volunteers drove a support vehicle and rode bikes alongside Mackay for the entirety of the ride. Mackay used lithium-ion batteries for increased range, and his support crew swapped in fresh batteries on the road, ensuring minimal downtime.

There were no major problems or technical issues during the event, but Mackay’s temperature did drop to almost 95 degrees in the coldest hours of the night, prompting a quick stop to warm up in a van. Still, Mackay said the physical challenges weren’t the most difficult part of the ride.

“I didn’t count on the emotional lows,” he says. “I thought it would be more physical, but it was definitely more emotional. It was difficult. You start thinking about why the hell you are out here and asking, can I really do this?”

After the 24-hour roller coaster, Mackay has already learned an important lesson. “I think what you have to do is embrace the misery from the get-go,” he says.

Despite being exhausted from the event, Mackay has another, ongoing challenge to pursue. He vowed to be back in his chair the following day to maintain his streak of over 2,000 days that he has driven at least one mile on an outdoor trail.

Before the record can become official, Guinness World Record keepers must verify it. The previous record was set by South Korea’s Chang-Hyuan Choi in April 2017.